Graham is not only a well known hunter, but is also the President of Victor Harbor Archery Club

A message from Graham

I have been a hunter all my life. Even as a young boy I loved the bush, hunting rabbits and ducks with an Air Riffle.

In my early 20s I hunted with a bow for a few years and was successful with goats and pigs. But went back to the riffle and never picked up another bow.

That was until my son rang one day and told me he had just bought a hunting bow and was having it sent to my house so I could set it up for him.

I was hooked again and was soon researching looking for a bow of my own. I eventually found Pats Archery (which was in Victor Harbor then) and learnt that Victor Harbor had an Archery club, wow all that in our little town.

Pat and Sam and I hit it off from the start and I consider them to be close friends.

I have hunted all over Australia and also, New Caledonia, Canada and New Zealand.

I have been to Africa twice now and have taken some beautiful animals with my bow, my son and I recently went to the NT and I took a buffalo and some pigs with the bow.

I joined the Victor Harbor Archery Club in 2014 and have been hooked completely on all forms of archery.

I will always be a hunter! 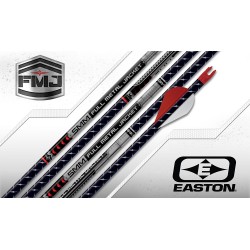